European settlers came to the area near present-day Plano in the early 1840s. Facilities such as a sawmill, a gristmill, and a store soon brought more people to the area. A mail service was established, and after rejecting several names for the nascent town (including naming it in honor of then-President Millard Fillmore), residents suggested the name Plano (from the Spanish word for "flat") in reference to the local terrain, unvaried and devoid of any trees. The post office accepted the name.

In 1872, the completion of the Houston and Central Texas Railway helped Plano grow, and it was incorporated in 1873. By 1874, the population had grown to more than 500. In 1881, a fire raged through the business district, destroying most of the buildings. Plano was rebuilt and business again flourished through the 1880s. Also in 1881, the city assumed responsibility for what would eventually become Plano Independent School District (PISD), ending the days of it being served only by private schools. 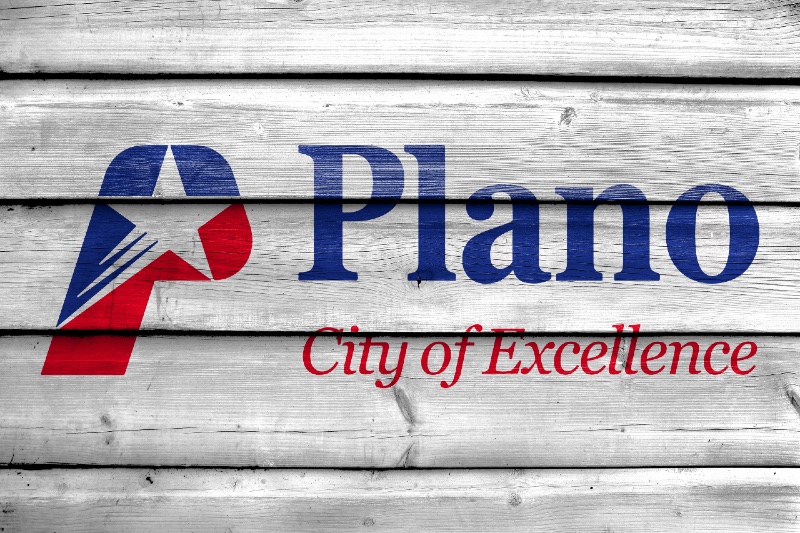 At first, Plano's population grew slowly, reaching 1,304 in 1900 and 3,695 in 1960. By 1970, Plano began to feel some of the boom its neighbors had experienced after World War II. A series of public works projects and a change in taxes that removed the farming community from the town helped increase the population. In 1970, the population reached 17,872, and by 1980, it had exploded to 72,000. Sewers, schools, and street development kept pace with this massive increase, largely because of Plano's flat topography, grid layout, and planning initiatives.

During the 1980s, many large corporations moved their headquarters to Plano, including J. C. Penney and Frito-Lay, spurring further growth. By 1990, the population reached 128,713, dwarfing the county seat, McKinney. In 1994, Plano was recognized as an All-America City. By 2000, the population grew to 222,030, making it one of Dallas's largest suburbs. Plano is surrounded by other municipalities and so cannot expand in area, and there is little undeveloped land remaining within the city limits. But as of July 2012, one large tract of land was being developed: Turnpike Commons at the intersection of Renner Road and the George Bush Turnpike (also bordered by Shiloh Road to the east). The development is expected to feature apartments, medical facilities, restaurants, a Race Trac gas station, and a hotel.

In 2013, Plano received a top score in a national livability index according to an algorithm created by AreaVibes.com, a Toronto-based company specializing in such data. AreaVibes ranked Plano at the top of the list of U.S. cities with populations between 100,000 and 10 million. Another chart, "Best Places to Live in 2013", also ranked Plano first.